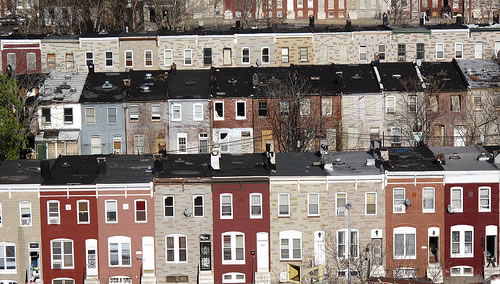 By Peter Duvall
Originally published in The Baltimore Sun on September 3, 2019

A well-intentioned bill introduced by Baltimore City Councilman Kristerfer Burnett would require owners of vacant properties to post a sign on the building including the name, address, phone number and email of the owner or record, “managing operator,” or head of any business that owns the property. Any property in default or foreclosure would have to include the name, address and phone number of all creditors or lien holders. This bill correctly seeks to find and identify the owners of vacant houses and hold them accountable. However, an even better solution exists – in a law that is already on the city’s books.

More than a decade ago, the city enacted its current property registration statute. However, the statute appears never to have been fully enforced. Based on my 15 years of experience in this area, when the community complains about a problem rental property or vacant property, the property usually turns out to be unregistered. The statute also makes it difficult for the public to gain access to owner contact information for properties that are properly registered.

The city’s practice of not seeking out unregistered properties was a minor annoyance until last year, when the city implemented rental property licensing for single-family and two-unit rentals. Expanded rental licensing raises the stakes for nonregistration because property owners who fail to register now also avoid the need for inspection and licensing (at least in the short run).

Under a provision in last year’s ordinance, the owners of unlicensed properties may eventually run into problems enforcing their leases in Rent Court. Unless or until that happens, they avoid spending their time and money on compliance. The current policy is quite unfair to those who comply with the registration and licensing requirements because their noncompliant competitors currently face no consequences for skirting the law.

At Strong City, we have some experience in this area. The strategic code enforcement program that I have overseen for a decade helped reduce the number of vacant houses in a group of central Baltimore communities by over 70 percent – from 732 to 218 – between 2009 and 2019. Our methods, developed and refined over many years, are considered a model for how the city’s Department of Housing and Community Development (DHCD) and communities can work together to reduce blight. But no single initiative is sufficient to tackle this problem; the magnitude of the vacant-house issue in Baltimore requires the use of a variety of tools.

Before passing new laws, the city should begin the process of identifying unregistered properties. The first step might be for DHCD to send letters to all owners of unregistered residential properties that do not have Homestead status (a voluntary registry of resident homeowners that creates eligibility for the Homestead Tax Credit). Property owners would be able to respond that their property is owner-occupied or nonresidential, which if true would end the enforcement process. The owner could also respond that he or she is beginning the registration process. If there is no response from the owner, DHCD could issue a failure to register citation. (All non-owner-occupied residential properties – including vacant properties – are required to register, though unoccupied properties are not required to be licensed.)

The City Council bill gets at some of the same issues, but not as systematically. Strong City understands the proposed legislation’s goal of making it easier to identify the owners of vacant properties. We believe the same objective could be achieved by changing the rental registration statute to allow the city to release the owner’s contact information for registered vacant properties. The fines collected from property owners who fail to register would more than pay for an effective enforcement effort.

One very real concern about fully implementing the existing registration and licensing ordinances is that many currently unregistered properties are unsafe. Instead of doing the repairs required to bring properties into safe condition, owners may decide to ease out the tenants without a formal eviction process. We suggest the licensing requirement be phased in over more than a year to allow ample time for rental properties that are discovered during the registration implementation process to become fully compliant with the property licensing requirements. Of course, houses that are clearly unsafe need fast action to cure major safety issues.

The bottom line is that DHCD already has powerful tools at its disposal that it has thus far not used. The impulse to publicly shame negligent property owners is certainly understandable, but the existing property registration statute could be used much more effectively to address multiple underlying problems.

Peter Duvall is the community revitalization coordinator for Strong City Baltimore. His email is pduvall@strongcitybaltimore.org.