York Road Alternatives for Youth (YAY): A Peaceful Response for a Better Neighborhood

Know someone interested in making positive changes in the world? GHCC is seeking qualified candidates for our nationally-renowned AmeriCorps*VISTA program.  Sign on for a year of service with us and receive health benefits, a modest living allowance, and an end-of-service education award.  We have 10 positions available to start in August 2010 in the areas of improving public schools, strengthening neighborhoods, and adult literacy.
We’ll be featuring several VISTA stories in the coming weeks to raise awareness of national service.
Want to know more? Visit our website!

Submitted by Andrew Stiller
I never thought my time as a VISTA member would land me in front of a room of civil servants while being webcast live across the United States. But then again, I didn’t really know what to expect.
Though my parents tried to instill a sense of civic pride and responsibility in me, it didn’t really stick until I got to college. Community service was part of my middle and high school curriculum, but we never embraced it because it was forced upon us. Teenage angst and rebellion almost required that I scoff at being forced to clean streets. 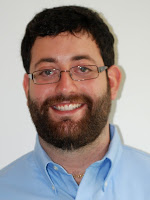 Luckily, that all changed. As an undergraduate at Dickinson College I joined the event planning organization, a service-oriented club called the Keystones, and a traditional Greek fraternity. Surprisingly, I had a better service experience motivating the Greek men to roll out of their beds for philanthropy on Sunday morning than I did with the Keystones. I realized I could affect more change by motivating and teaching others. This was my philosophy throughout college.
After graduation, I was applying for policy-oriented jobs and anything else I could find. I was really lucky to be turned on to the AmeriCorps* VISTA program, and when a position opened up at GHCC, I jumped at the opportunity. VISTA reflected the ideals and methods I adopted in college.
My role as Community Connections Coordinator at GHCC immersed me in a Baltimore City public school community, working with parents and administrators at the school and a variety of partner institutions in the neighborhood. It became apparent early on that true success would be measured by how much buy-in I could get from the parents and the community. A large part of my responsibility would be motivating parents, churches, businesses, neighborhood institutions, and local colleges and universities to invest in Waverly Elementary/Middle School.
I had an opportunity to articulate my experiences when representatives from the Department of Education and the White House’s Center for Faith-Based and Neighborhood Partnerships came to Waverly to discuss partnership building. I don’t remember saying a lot, but it must have stuck with them. A few months later, I was asked to give a presentation on my role as a VISTA member to the Department of Education in Washington, D.C. A briefing had been scheduled to discuss the possible collaborative efforts between the Department of Education and the Corporation for National and Community Service (CNCS). As a VISTA member working primarily with schools, I was located at the epicenter of this relationship.
I felt really honored to present on my VISTA experience. I found that the hardest part was limiting the length of my speech. GHCC’s VISTA members wear many different hats on a daily basis: organizer, capacity builder, mediator, teacher—the list is almost limitless. It was really difficult to put it all these amazing experiences into words. I worked on my speech up until the night before, trying to find the right word to express how it felt to see a parent step up to participate at the school.
When I spoke, though, I was confident. The audience was attentive and after two PowerPoint presentations from officials at CNCS, I think my firsthand experience was a useful counterpoint. I spoke about the day to day things, my major accomplishments, and ways any VISTA member can positively change a school. Regardless of my pre-speech jitters and what I had written down, I found that speaking about my VISTA year was actually quite easy. I think the reason is simple: I became a VISTA to help motivate others, yet it was their efforts in return that motivated me even more. I am now just as invested as anyone else in Waverly Elementary/Middle School and its surrounding community. I hope that means my job has come full circle.
Share
0