Reflections from our summer Student Leaders 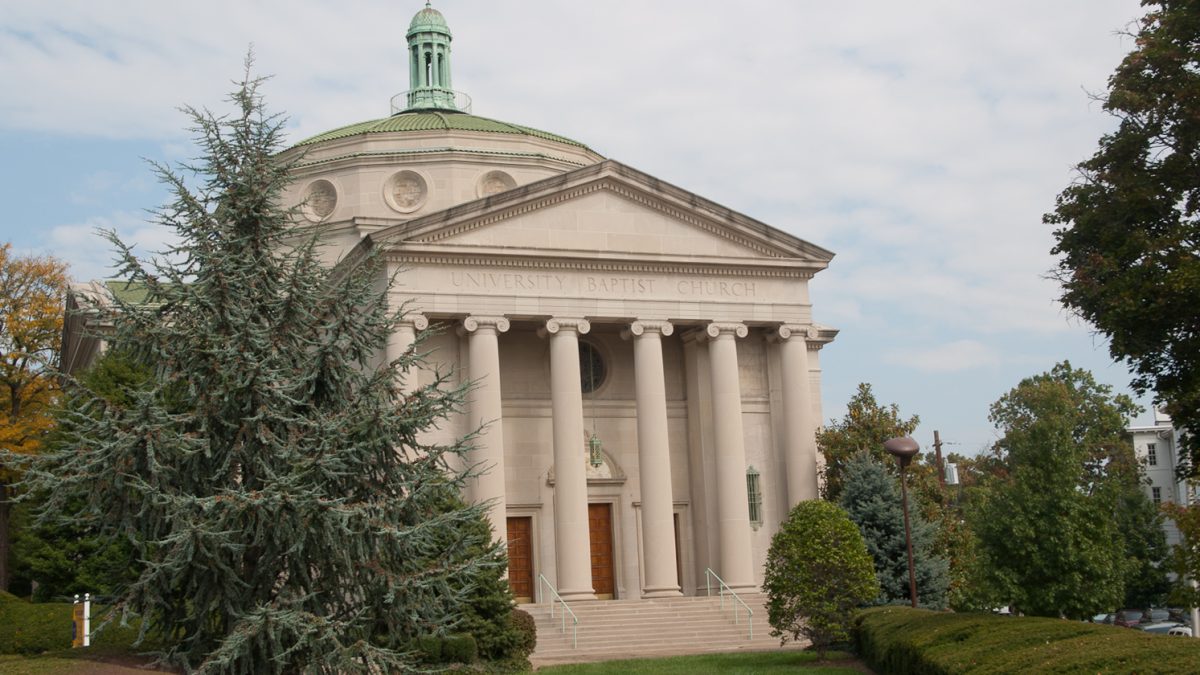 Strong City Baltimore CEO Karen D. Stokes likes to say that great things often start in church basements. The first Strong City Neighborhood Institute, back in 2007, was held in one. The organizing work that Strong City did in Remington had its origins in meetings at Guardian Angel Episcopal Church. And for 30 years, the Adult Learning Center has operated out of the basement of our next-door neighbor, University Baptist Church.

Strong City, of course, is a strictly secular institution, but it has longstanding ties to local faith communities. Perhaps the clearest example of this was the deep connection between Strong City (then known as Greater Homewood Community Corporation, or GHCC) and a coalition of churches that was active in the late 1990s and early 2000s as the Greater Homewood Interfaith Alliance (GHIA).

To celebrate Strong City’s 50 years of work in “Greater Homewood” (several dozen neighborhoods near the Johns Hopkins Homewood campus) and to support our current and future endeavors, the Churches of Charles is presenting a special choral fundraiser on Saturday, September 28, at the Cathedral of the Incarnation on University Parkway. The concert, from 4 to 5 p.m., will feature choirs from Cathedral of the Incarnation, First English Lutheran Church, Saints Phillip and James Catholic Church, Second Presbyterian Church, and University Baptist Church. It will be followed by a reception. Buy tickets here

“GHCC was always very important for picking up on things that we at GHIA needed to explore or emphasize, and promote to our congregations. Very often, the information that we gathered to be disseminated to our congregations came from GHCC, which knew where the action was – they were a real player in the Greater Homewood Renaissance and continued to be a player afterward.”

Don Burggraf was pastor of First English Lutheran Church in Guilford for more than 25 years and a Strong City Baltimore board member for a decade, before retiring from both in 2016. He recalls the GHIA growing out of the Greater Homewood Renaissance, an initiative of local anchor institutions to improve education and social conditions in the Greater Homewood area. Education became a primary focus for GHIA, Burggraf says, with projects including “Extra Mile,” which raised thousands of dollars for basic needs like pencils and bathroom supplies; and “Sock It To Me,” which donated more than 1,000 pairs of socks to families that needed them.

GHIA formed in the late 1990s and forged partnerships with about a half-dozen local schools at a time when schools in Greater Homewood were also a heavy focus of Strong City’s work (our advocacy, for example, helped spur the building of a brand new Waverly Elementary/Middle School). So it was natural that GHCC and GHIA would work hand in hand.

“Bill Miller made GHIA a priority,” Don says of Strong City’s former executive director. “Bill, and later Karen Stokes, almost always attended our strategy sessions. I remember Karen saying that she looked at GHIA as an organization that could be a moral anchor for what GHCC was all about.”

He added: “GHCC was always very important for picking up on things that we at GHIA needed to explore or emphasize, and promote to our congregations. Very often, the information that we gathered to be disseminated to our congregations came from GHCC, which knew where the action was – they were a real player in the Greater Homewood Renaissance and continued to be a player afterward.”

Sharon Smith, former pastor of University Baptist Church who now leads the Christian community The Gathering, recalls that GHIA meetings would sometimes draw leaders from more than 20 congregations, with a geographic area ranging from Govans down to North Avenue and over to the Jones Falls Expressway. Others heavily involved in GHIA’s early days included Rev. Dale Dusman of St. Mark’s Evangelical Lutheran Church, Father William A. Au of Saints Philip and James Catholic Church, and Bishop Douglas Miles of Koinonia Baptist Church.

Sharon says that GHIA, with help from GHCC, was able to focus the energy and activities of multiple congregations around community involvement. “Bill Miller came to our meetings and was very involved and supportive in letting people know about community needs, and aligning the resources,” she says. “There were things going on in every corner of the neighborhood, but the person on 28th Street didn’t know what the person on 26th Street was doing. We’d have our meetings at different churches and have different speakers, and we’d learn so much about the things people were doing.”

She said that when she and other pastors started talking to local school principals, it was eye-opening because many of the congregations on the Charles Street corridor are relatively affluent. Sharon says about 40 women came to her house for a two-hour meeting with Irma Johnson, principal of Dallas Nicholas Elementary School. “Irma said, ‘I lose my girls to the streets from fifth to sixth grade,” Sharon recalls the principal saying.

Sharon’s daughter, Heather Harvison, was there that night, and the meeting changed her life, inspiring her to devote herself to helping middle-school girls through that difficult period. The program that Heather conceived that evening, the nationally recognized nonprofit Sister’s Circle, has made a difference for hundreds of girls in Baltimore since it launched in 2008.

Bill Miller describes the GHIA-GHCC nexus as a partnership whose benefits flowed in two directions by creating “new connections” on both sides. He points out that the churches’ donations and volunteer involvement in GHCC-supported schools made those schools stronger, and that the churches benefited GHCC by making space available for meetings and community events that were not necessarily GHIA-related.

GHIA also provided links to other organizations that became important to GHCC’s organizing, including Baltimoreans United in Leadership Development (BUILD) and the Govans Ecumenical Development Corporation (GEDCO). Another point of connection: For two years, GHCC placed a VISTA service member with GHIA to work on strengthening the organization.

Bill says he was very impressed with the GHIA members’ commitment to local public schools – not just donating and volunteering, but traveling to Annapolis to lobby state officeholders. He recalls that Baltimore changed school superintendents often during that time, and that GHCC utilized GHIA as a vehicle for reaching those key leaders. “Every time there was a new superintendent, the GHIA invited them to speak and developed a connection for us, which was something we wouldn’t have been able to do otherwise,” he says. “In the summer of 1998, they were involved in sponsoring a back-to-school rally on one of hottest summer days ever, and they had the new superintendent with them. They were very important to that strategy.”

Although the GHIA ceased its activities about 10 years ago, some of its spirit lives on in the smaller group Churches of Charles, which holds annual service events and other projects, and is sponsoring the “Strong Voices, Strong City” fundraiser on September 28.

“It was good while it lasted,” Sharon Smith says of the GHIA. “We were able to respond to an issue as a cohesive unit, and that had some influence.”