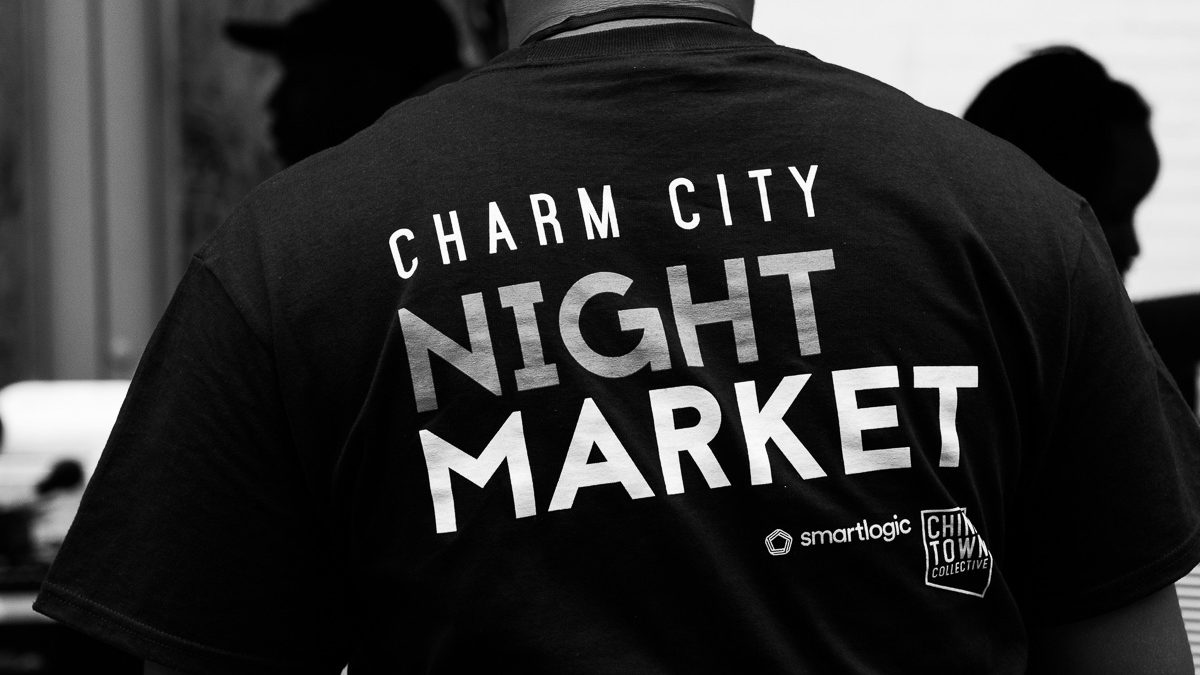 The second annual Charm City Night Market on Saturday, September 21, was a feast for the senses: Colorful lanterns and costumed dancers. Mochi-stuffed waffles and steamed-bun sandwiches. Voices in many languages, and music in many styles – including the eclectic dance beats of popular Baltimore DJ Shawn Smallwood (aka Destrukshawn), who was named “Best Showman” by Baltimore City Paper in 2017.

What Night Market visitors didn’t know, as they enjoyed Smallwood’s distinctive take on traditional Baltimore club music, was that the sounds they were hearing represented a milestone for Strong City Baltimore’s fiscal sponsorship program. Smallwood’s appearance at the Night Market was made possible by the 15 millionth dollar Strong City has paid out through Microix (our online accounts payable system) on behalf of the projects, clients and programs under our umbrella.

“Fiscal sponsorship is serious work, but we’ve also always maintained that it’s fun work as well – and the Charm City Night Market is an embodiment of that,” says Tyson Garith.

In 2017, Strong City switched from an inefficient paper system to the current online system. The transition was a lot of work, but the result was a more efficient check request process that can be accessed 24/7 and allows leaders to monitor the progress of their requests.

Since then, over 15 million dollars has been distributed at the direction of hundreds of community-based initiatives – like the Chinatown Collective, organizer of the Charm City Night Market – that are accessing funds by partnering with Strong City and utilizing our 501(c)(3) status. This is the practice of fiscal sponsorship.

The Night Market was born out of a desire that founder Stephanie Hsu and other Asian-American Baltimoreans had to celebrate and share a part of this city’s heritage that is often overlooked. The Chinatown Collective got started when Hsu and some friends became curious while walking around the remains of Baltimore’s historic Chinatown, wondering, “What are the stories that have been lost here?” She soon found answers from Kitty Chin, a prominent Chinatown resident from the neighborhood’s mid-20th century heyday, who is currently in her 90s.

Hsu says, “The conversation that bridged all of us together was, ‘What does it mean to be Asian American in a city that conceptualized race in black and white terms? How do we expand the narrative about what Baltimore is? So, this is historic preservation – and also a forward-looking vision of the future of Asian-Americans in Baltimore.”

Hsu says the Chinatown Collective decided to use fiscal sponsorship to fill a knowledge gap. “We’re all volunteers, and our personal expertise might not be in nonprofit management. Having those baseline necessities like finances, the legal things, the capacity for all that has been super helpful to operationalize this grassroots-led effort.”

“Also, being connected to the Strong City Baltimore family of nonprofits doing really cool things across the city lends credibility to our narrative,” she says.

Accounts payable, paying out the money our initiatives raise and that we hold onto for them, is a huge part of the fiscal sponsorship service. Through Microix, Strong City cuts checks for everything our initiatives need to fulfill their missions, such as office supplies, soccer balls, CharmCards, cans of paint, pizza parties, buses, contractors, T-shirts, vegetable seeds, jump rope beads, and … payments to performers.

You see, that 15 millionth dollar that brought Smallwood to this year’s Night Market, with his unique blend of influences ranging from country to classical, went on a complex journey that involved almost all of Strong City’s operations staff.

Its journey began when the Chinatown Collective applied (using Strong City’s 501(c)(3) status) for a $5,000 grant from the Baltimore Office of Promotion and the Arts’ (BOPA) Creative Baltimore Fund to help with general expenses for the Night Market.

BOPA approved that funding, and our Director of Operations, Tyson W. Garith, signed the grant award as the representative of the organization receiving the funds. When the check for the award arrived in the mail, Gui Mimoun (Special Assistant to Project Services) and Kahlilah Elie (Database Administrator) sorted and coded it so that the money was allocated to the Chinatown Collective and sent it to be deposited it into Strong City’s bank account. Our 10 percent fiscal sponsorship fee (which covers all of the services provided by Strong City) was deducted, and the remainder attributed to the Chinatown Collective’s funding source.

Next, Stephanie Hsu used Microix to request a check be sent to Smallwood to compensate him for providing entertainment at the Night Market. The system sent the request to Accounts Payable Manager Tinishia Montague, who ensured the expense was complete and had the necessary backup documentation to pass muster in our annual audit. Tinishia approved the expense and passed it on to Nichole Mooney, Portfolio Manager for the Chinatown Collective.

Nichole checked the Collective’s general ledger to make sure the initiative had funds available (the answer was yes – that BOPA grant, remember?) and whether the proposed use of the dollar aligned with the organization’s mission. (Spoiler alert: It did!) Nichole approved the request and sent the check request back to Tinishia, adding it to the list of approved expenses.

Next, Tinishia printed the check on special paper stock and handed it to Karen D. Stokes, Strong City’s Chief Executive Officer, who took the stack home and signed each one that evening at her kitchen table. The next morning, Assistant Manager of Operations, Lynette Hodge, placed the check in an envelope, stamped it for mailing, and handed it off to Mr. Best, our letter carrier.

Thus, Strong City’s 15 millionth dollar paid through Microix was sent out into world!

Shawn Smallwood got involved in this year’s Night Market after Hsu saw him perform a couple of times and reached out. A Baltimore native, Smallwood sees the Night Market as an opportunity to promote the strength and diversity of Asian-American culture in Baltimore.

“We’ve always had Asians and other cultures here in the city, but we don’t always interact with them in positive manner,” he says. Smallwood – whose heritage is Korean and African-American, and who shares a last name with an 18th century governor of Maryland – sees himself as someone who is able to move between different cultures and foster understanding.

Hsu says this year’s Night Market drew about 18,000 visitors to the area in and around Baltimore’s historic Chinatown on Park Avenue, about 50 percent more than attended last year’s inaugural event. The Night Market continues to win accolades; Baltimore Fishbowl recently named it a winner of the online news outlet’s “Baltimost” Award.

Steve Chu, one of the owners of the popular Ekiben restaurant, said, “In Taiwan, night markets [are] a big thing – high energy, very densely packed with vendors and guests. Now, we get to bring that night market vibe to Baltimore. There’s really nothing else like it.”

The nitty gritty of managing nonprofit finances is tedious and complex. But when working to strengthen neighborhoods and people, every step and connection is necessary, because every dollar is a part of something big and magical.

“Fiscal sponsorship is serious work, but we’ve also always maintained that it’s fun work as well – and the Charm City Night Market is an embodiment of that,” says Tyson Garith. 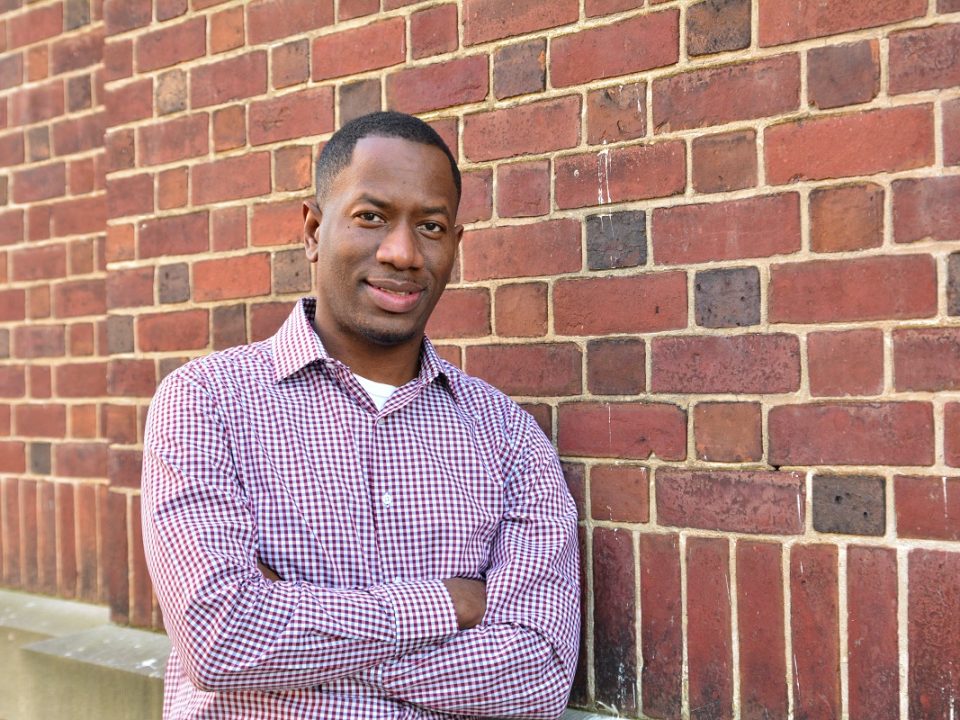