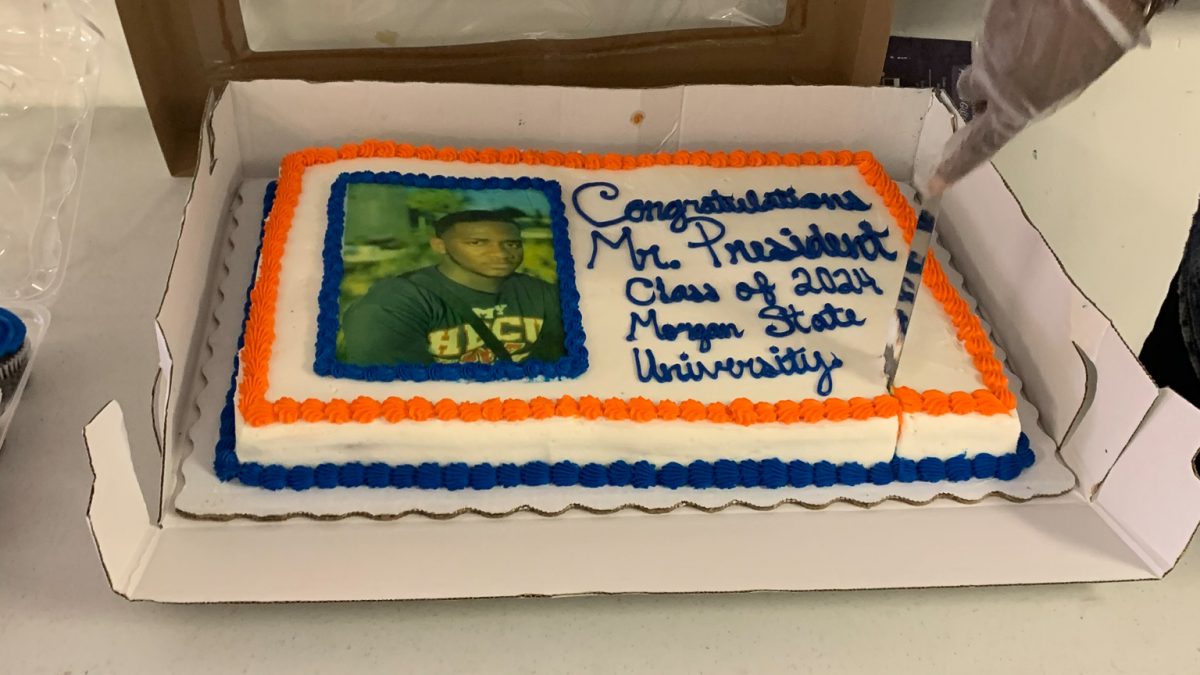 Strong City is excited to congratulate part-time staff member Adrian Phillips on winning the role of Freshman Class President at Morgan State University this fall! Adrian’s love of education and advocating for his community has kept him connected to both The Club at Collington Square, school government, and Baltimore.

While studying elementary education at Morgan, Adrian is working as a Classroom Coach at The Club and providing occasional administrative support at Strong City’s headquarters. Adrian first got involved with The Club in 2017 as a Camp Counselor through the YouthWorks program. Program Director Vanessa Williams was impressed with his skill with the Scholars and invited him to become an official employee in fall of 2018.

In his role as a Classroom Coach, Adrian is assisting scholars in person with their distance learning—making sure they are signed in at the scheduled time and are staying focused. Adrian says his technique with the Scholars is to set an example for them by showing that he is also going to school online and how he stays focused during class.

As Class President, Adrian is the face and voice of Morgan’s Freshman class. He brings his peers’ concerns and ideas to administrators and pushes for action. With Morgan holding classes online this year due to the pandemic, Adrian says he is advocating for mental health and distance learning support and sharing concerns about the lack of student community and connection during the first year.

“I enjoy listening to my community, and actually putting things into play. I like to make things happen and not just talk about them,” says Adrian.

Adrian’s main career goals it to become a school administrator, specifically a principal.

“I think that principals have more input because they represent the whole the community. They are leaders of the whole group and can make a big impact,” says Adrian.

“[Becoming class president] is a really big step in my life. Continuously, every day, I push myself to make the right decisions and hope that those decision will push me forward and not pull me back.”