Scrabble Fundraiser for Literacy: An Evening Not to be Missed!

Emily Wilson, an AmeriCorps* VISTA, has been serving the communities surrounding Guilford Elementary/Middle School.  Today, she shares with us the story of a project she and the residents of Richnor Springs have undertaken to improve the safety of their neighborhood.

Over the past few months, I have been working with a small group of residents from the Richnor Springs Neighborhood Association (RSNA) on Project Safelight. Richnor Springs is a small area of the northeast section of the York Road corridor from Cold Spring Lane to Ra0.-+
dnor Avenue going south – north and Midwood Avenue to York Road going east – west.

As I understand it, conversations about encouraging residents to keep their porch lights on at night have been circulating the RSNA for years. This past September, however, the community experienced a tragically violent crime on Radnor Avenue–which is almost completely dark at night–which spurred a small group from the RSNA to take on Project Safelight in the group’s effort to make safety a priority and to change the climate of the neighborhood.

In the fall, when I began my VISTA year, I helped Richnor Springs resident (and Greater Homewood volunteer) Rodney Burris make and distribute flyers urging residents to keep their lights on from dusk to dawn as a crime deterrent and a way to build community. Several residents did research finding that the cost of keeping a light on for 10 hours a day on your annual electric bill is barely $6, so we advertised that as a selling point on the flyer.
This spring, I met with residents Rodney Burris, Patrice Woodard, and Mike Benn, and we brainstormed about ways to make Project Safelight a reality. Since the RSNA held a very successful “Richnor Recycles” Block Party the previous summer (with the help of former GHCC AmeriCorps* VISTA Sam Chalfant), we structured the project around an annual block party. We decided to purchase energy-efficient light bulbs for each household in the neighborhood, along with a “dusk to dawn” attachment to turn them on and off automatically. After installing the bulbs, we would hold a block party to promote the RSNA at dusk, and celebrate as the lights turned on.

We presented the project to the whole RSNA in January, and decided to apply to the Baltimore Community Foundation’s ‘Neighborhood Mobilization’ grant, which is designed for small resident-driven projects that strengthen the neighborhood organization. Our grant proposal was submitted on March 1st, and we have our fingers crossed that Project Safelight will become a reality for Richnor Springs this summer. 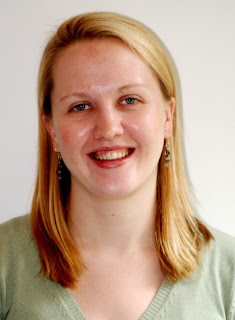 Good luck to Emily Wilson (pictured above) and to the RSNA as they see this project through to its completion!  To learn about and contribute to projects like this, visit strongcitybaltimore.org.
Share
0