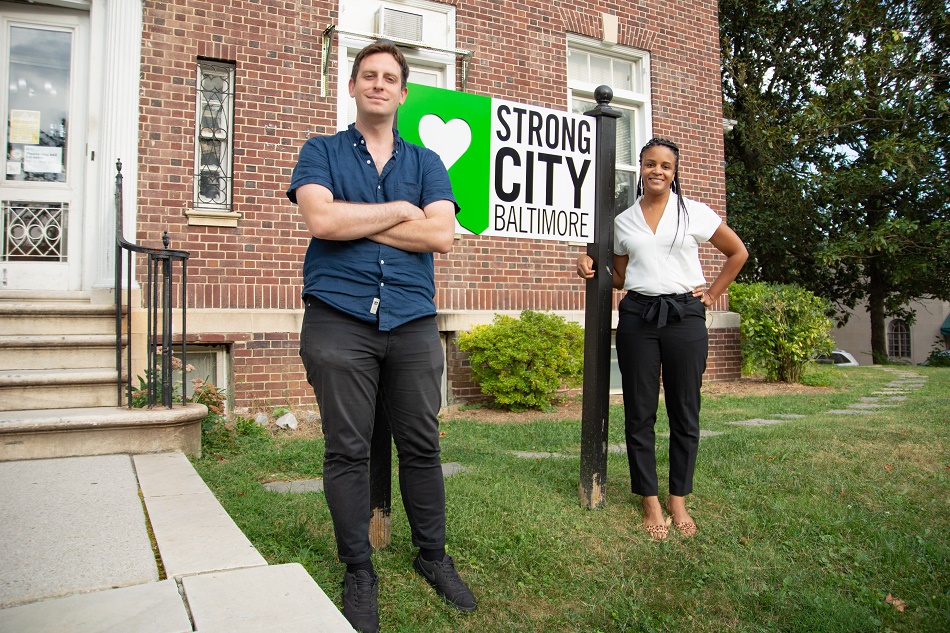 Dance and Bmore Director To Be Honored

CJay Philip, Artistic Director of Dance & Bmore, will be honored as an Arts Advocate at ArtsCentric’s Annual Gala on Sunday, October 20th.

Strong City In the News

Baltimore Sun column Jacques Kelly wrote a column updating the progress of renovations at the Hoen Building, which will be Strong City’s new home starting in 2020. And Maryland Matters published a column about the four Bank of America Student Leaders who worked at Strong City over the summer.

Strong City is partnering with Baltimore City’s Complete Count Committee to ensure maximum awareness of and participation in the 2020 Census. The city is making grants of $500 to $5,000 available to community groups to do Census-related work. Grant applications will be accepted between now and November 20.

APPLY FOR A GRANT HERE

Ciera Daniel, Executive Director of the Young King’s Leadership Academy, was honored by the Baltimore Orioles with their Community Hero Award at a recent Orioles game. The Orioles donated $2,500 that will be used for student field trips during the upcoming year.

Two recent awards will advance Strong City’s upcoming transition to East Baltimore. A $250,000 Community Catalyst Grant from the Baltimore City Department of Housing and Community Development will help us complete renovations at the Hoen Lithograph Building, where we will be moving at the end of 2019; and a $25,000 Community Builder grant from Bank of America will support community organizing and advancing economic mobility in and around Collington Square.

Strong City is pleased to welcome the independent online news source Baltimore Beat to the fiscal sponsorship community. Led by Lisa Snowden-McCray and Brandon Soderberg, Baltimore Beat is a community-facing, community-accountable media outlet owned and run by journalists that prioritize telling the truth over maintaining access to power.