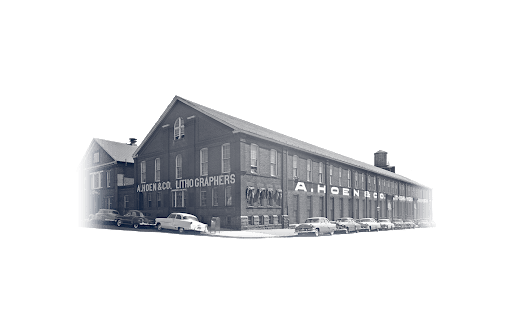 Bill Struever, CEO of Cross Street Partners, has delivered a litany of adaptive reuses of historic buildings in his 45 year career as a developer. Overhauling the Hoen & Co. Lithograph Building in east Baltimore ranks among the most complicated.

Cross Street Partners, working with collaborators Strong City Baltimore and City Life Community Builders, is converting the east Baltimore industrial property, shuttered since 1981, into a mixed-use project including nonprofit offices and a workforce training center. Redevelopment of the building, which dates back to the 1890s, is expected to cost roughly $29 million.

“This would be up there in terms of complications. I think we had 17 different sources of funds that had to come into this, and we’re still working at it,” Struever said with a laugh. “We’re not done putting all the money together, so it’s a great adventure and not for the faint of heart.”

The U.S. Department of Commerce via its Economic Development Administration can now be counted among the funding sources. The federal agency said Monday it is providing $1.6 million to City Life Community Builders for infrastructure work at the Hoen & Co. complex.

Federal money, which will be matched with $1.1 million in local funds, will be used to build adequate water, storm, sewer and sanitary infrastructure for the project. The commerce department anticipates the overhaul of the complex will create 100 jobs and spur $43 million in private investment.

The 85,000-square-foot Hoen & Co. Lithograph Building complex is slated to open in early 2020 as the Center for Neighborhood Innovation.

Strong City Baltimore will serve as the anchor tenant with its office and Adult Learning Center at the property. Associated Builders and Contractors-Baltimore also plans to run the city’s largest construction workforce training and job placement center.

Neighborhoods around the lithograph building, such as Collington Square, have struggled with disinvestment and vacant properties in recent decades. A host of new investment, in part spurred by growth just to the south surrounding the Johns Hopkins Medical Campus, is offering signs of revitalization for the area.

American Communities Trust is investing $23.5 million to turn the old Eastern Pumping Station into the Baltimore Food Hub a few blocks away. Southern Baptist Church continues pursuing new developments in the area after the completion of the Mary Harvin Center.

John C. Fleming, U.S. assistant secretary of commerce for economic development,  touted the potential to attract additional private investment to east Baltimore because of its location in an opportunity zone. Opportunity zones, created as part of the federal Tax Cuts and Jobs Act of 2017, encourage investors to reinvest capital gains in designated struggling census tracts. Maryland has 149 such zones with more than 40 in Baltimore.

The zones offer investors incentives, such as deferring taxes on capital gains until 2026. The top incentive for these investments, made through a qualified opportunity zone fund, come at the 10-year mark. At that point the lender avoids paying capital gains taxes from appreciation on the initial investment.

“Under the opportunity zones you can mitigate, or avoid all together, the taxes on your investment, which not only creates a return on investment for you financially, but also socially. Think of all the great social things we can do with your money that is invested in opportunity zones,” Fleming said.

Serving as an anchor tenant with the potential for an ownership stake allows Strong City Baltimore to play a role in the neighborhood’s revitalization, she said. The nonprofit, originally the Greater Homewood Community Corp., envisions the area as a place where people working jobs as custodians and nurses aides at Johns Hopkins can buy a home for $125,000 to $160,000. “Our vision is very much about returning this to a working-class neighborhood,” Stokes said.

Despite the complicated finances, Struever remained excited by the potential for the lithograph building complex. Struever, whose adaptive reuse projects range from east Baltimore’s American Brewery building to the Boston Red Sox’s Fenway Park, remaines excited about the Hoen & Co. building’s potential. “This is going to be a rock star among adaptive reuse projects,” Struever said.