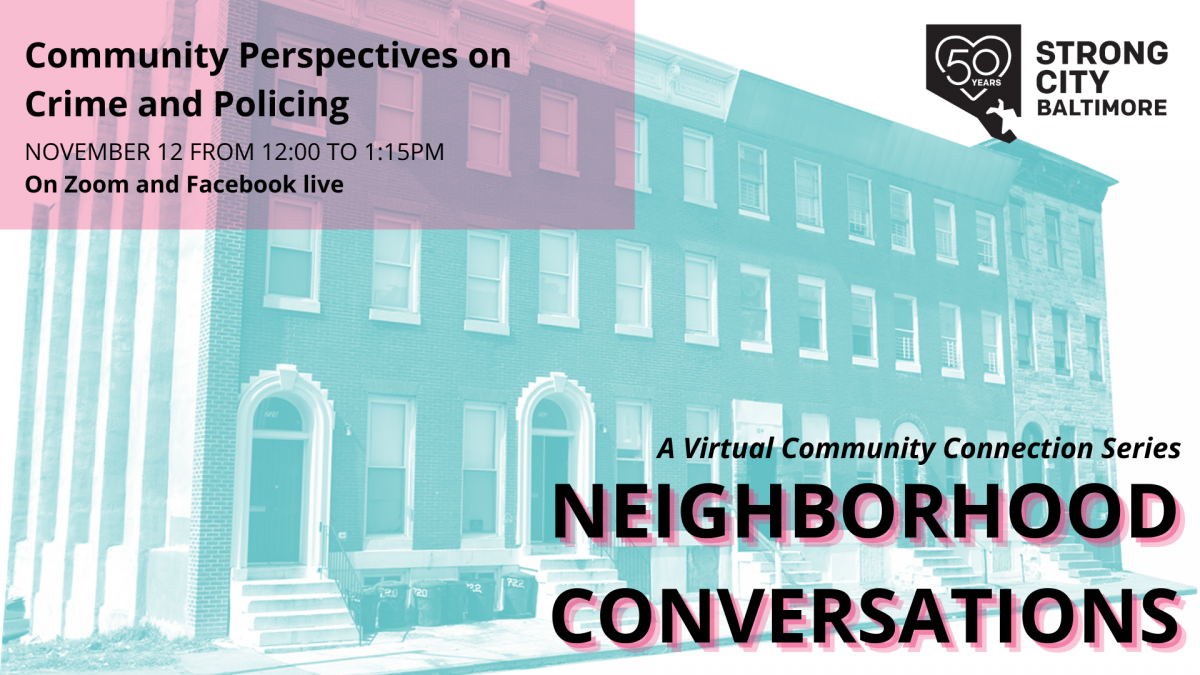 Please join us for “Community Perspectives on Crime and Policing,” our third and final Strong City Neighborhood Conversation of 2020! The event will take place Thursday, November 12 from 12:00 to 1:00 p.m. The previous events in this series focused on “Neighborhood Leaders Respond to the Pandemic” and “The 2020 Election: Community Views and Challenges.”

The proper role of the police has been widely debated both nationally and locally. Strong City is convening a diverse group of community leaders and thinkers to help chart a course as the city prepares for new leadership. Our goal is bringing to light the best ideas and solutions for Baltimore’s interrelated challenges of unacceptably high violent crime rates and a police department that has often at odds with the communities it is supposed to “protect and serve.” We will be hearing from the following leaders:

Moderating the conversation will be Mike Cross-Barnet, Strong City’s Manager of Neighborhood Programs, who oversees all aspects of the organization’s traditional neighborhood work including Community Schools, housing, and Strong City’s annual Neighborhood Institute for grassroots leaders. Mike, a resident of Reservoir Hill, has lived in Baltimore since 2004 and joined the Strong City staff in 2015.

Neighborhood Conversations was created to engage some of the most committed, innovative community leaders in Baltimore and learn how they are addressing our city’s challenges. Audience participation is welcome, so mark your calendar now and register here to join us November 12 at noon on Zoom, or tune in to the live conversation on our Facebook page.