A Message of Solidarity from Strong City Baltimore 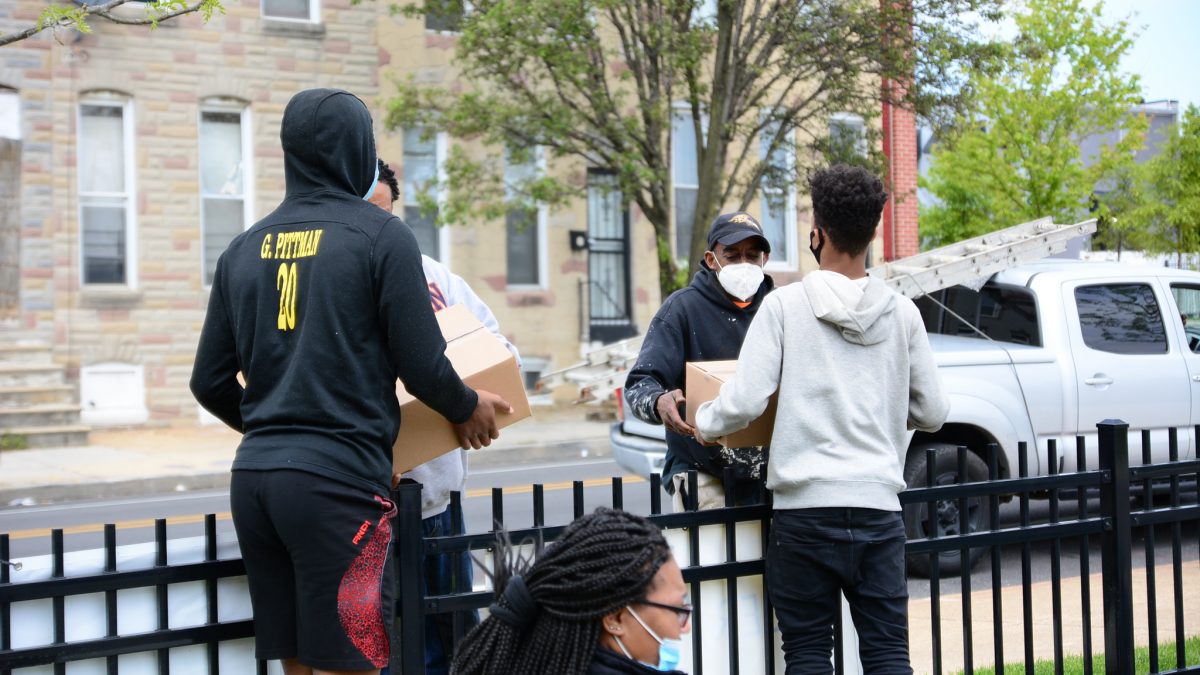 A quick stop to grab a box of food.

The Club at Collington Square is an after-school program of Strong City that serves K through 12th grade students in the Collington Square neighborhood of East Baltimore. Even before the pandemic, The Club was supporting more than just students, but also providing ancillary services to whole families by selling healthy dinners and connecting parents with social service resources. These days The Club is using its position as a well-connected community hub to distribute food to hard-to-reach Baltimoreans.

Two to three days per week, Collington Sqaure residents stop by Strong City’s headquarters at the Hoen Lithograph Building, which is one block from The Club, and pick up boxes of food for the week. On Wednesdays and Thursdays, residents can get boxes of meat, dairy, bread, and pasta. Every other week they can also grab a box of produce. Food distribution is coordinated by the Johns Hopkins Government and Community Affairs Department and is donated by Saval Foodservice and Hungry Harvest.

Vanessa Williams, Director of The Club, says she gives away between 75 and 150 boxes of food per week. Distribution starts around 3:00 pm with residents already waiting in the parking lot and ends when the boxes are gone, usually about 45 minutes later.

The Club hopes to add an additional distribution day on Saturdays, when residents can pick up a box of frozen meals provided by World Central Kitchen, a nonprofit founded by celebrity chef Jose Andres.

Help The Club and our other projects and programs to continue to serve their communities by donating to the Strong City COVID-19 Emergency Service Fund. All funds will support urgently needed grassroots efforts led by the people who know their communities best. DONATE NOW